As He entered a village, ten leprous men who stood at a distance met Him; 13 and they raised their voices, saying, “Jesus, Master, have mercy on us!” 14 When He saw them, He said to them, “ Go and show yourselves to the priests.” And as they were going, they were cleansed. 15 Now one of them, when he saw that he had been healed, turned back, glorifying God with a loud voice, 16 and he fell on his face at His feet, giving thanks to Him. And he was a Samaritan. 17 Then Jesus answered and said, “Were there not ten cleansed? But the nine—where are they? 18 Was no one found who returned to give glory to God, except this foreigner?” 19 And He said to him, “Stand up and go; your faith has made you well.”

Now, I’m thinking that getting healed from leprosy and re-integrated into society after having been an outcast would create a whole set of problems on its own.  Probably, those nine other men were thinking “thank you…” while feeling great levels of anxiety about “…what’s next?”  They were excited and pre-occupied, both.  They did not stop to say “thanks.” 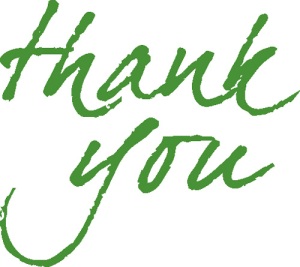 Tonight, on my commute home, I was trapped in the “what’s next?” line of thinking.  I realized that I have neglected to “return to give glory to God.”  So, here’s a list of sweet and wonderful THANK YOUs to God for His work in our Clarkston adventure…

THANK YOU – for a house in the subdivision that is now owned and occupied by a dear ministry family.  Over the last week, we’ve been several times and seen life there.  A young boy swinging from a rope swing.  A sister entertaining her friend in her new bedroom.  A house church meeting – young men and women praying in the living room.  A trampoline packed with rambunctious boys.  A mom happy to be cooking in her kitchen and drinking coffee on her patio.  Life.  Thank you, Lord.

THANK YOU – for a day yesterday of meeting workmen and contractors at the bungalow.  All morning long, Doug and I kept scooting over to the front window of the house, looking at the youth camp being held right across the street.  Our friend who runs a worship and arts ministry was teaching precious refugee children how to clap rhythm in a round.  (Thank you, even, for the incongruous sight of the white guy leading the nations in rhythm expertise!)

THANK YOU – that this process has taken so long.  If it hadn’t, we would never have met the four separate friends who we ran into yesterday as we ran our errands around town.

THANK YOU – that I found a Publix and Chick Fil A within shouting distance of our new home.  That’s good news!

THANK YOU – for two more closings on the other two homes by the end of the month.  Life will continue to be planted and grow in that tiny subdivision that God carved out and laid in our laps last December.

THANK YOU – for our friends who are praying with us and for us along the way.  We are grateful.